The Real Measure of Impact: Excerpt from Looking Up

Four decades after realizing I was going to be little, I rolled into the Oval Office to discuss an education task force with President Obama. I’d recently been appointed president of the Caterpillar Foundation, and helping eradicate poverty was a primary aim. One of the fundamental pieces of the equation was education. With today’s pace of change and the global reach of opportunities, an important aspect of education is enabling students to study abroad and engage with a variety of perspectives so they can see bigger possibilities in their own lives. One of President Obama’s initiatives was a fund called 100,000 Strong, which fuels international partnerships to increase student exchange and training programs.

The program had been in place for a couple of years and it was successful, but President Obama wanted to expand it. He asked his staff to invite three corporate representatives whose companies were already funding the initiative to discuss what we thought of it, how it was working, and how it could be grown. I was asked to attend on behalf of Caterpillar.

Besides me and the two other corporate representatives, a small number of university representatives were asked to offer their perspectives too. In total, fifteen of us met at the White House and were escorted to the Roosevelt Room. I was seated at the head of the table—one secret advantage of using a wheelchair and having an immobile neck. For forty minutes White House representatives hosted a productive conversa-tion. Then the door to the room f lew open. I was so deep into the conversation that it startled me. I looked up, and in walked the president.

He went around the table and shook hands with everybody. I was the last one. He came to me and said hello, and I said, “Hi, Mr.President. I’m Michele Sullivan with the Caterpillar Foundation.” He shook my hand, and then he hung onto it. “Caterpillar?” he repeated. He is, of course, from Illinois. “You tell everybody at Caterpillar I said hello.” I thanked him and said I would.

The president was engaged for nearly an hour. Each per-son in the room had a unique viewpoint, but we shared the same vision to improve the lives of underprivileged young people. When we were finishing up, President Obama stood and motioned for us to follow him.

“Let’s move into the Oval Office,” he said “We’ll wrap this up with a photo.”

Chairs slid back and bodies began jockeying for position. I already knew where I was going to stand, so I waited and took up the rear. Once in the Oval Office, I leaned on a couch and secretly enjoyed watching the others time their moves.

Eventually the staff began to position people because no one was committing until the president did. I just stood there grinning to myself.

Finally, everybody was in position except me.

“Michele, come over here,” the president said. “You’re going to stand right here in front of me.”

I walked over, and he put his hands on my shoulders. “This is a perfect spot,” he whispered. Then the photographer snapped the photo.

There wasn’t a partisan prerequisite for being in that room. We had black, white, and brown skin. We were young and old, men and women—even a disabled woman who never rose above four feet in her own shoes.

I get asked a lot if I’m a Democrat or a Republican. People say, “You ran a foundation; you must be a Democrat.” Others say, “You were at Caterpillar. Clearly, you’re a Republican.” How we love to assign labels to each other. It’s never the best practice—even if it’s a natural inclination. I always say I’m neither a Democrat nor a Republican. I’m a collaborator. That meeting room in the White House was full of collaboration. I knew not everyone in that room had voted for President Obama. But our agenda wasn’t about political dogma. The president holds the most powerful position in the world, but we can all have vision. When we share the same vision, to always look up to one another, we boost life itself.

I know why everyone was jockeying for the right spot in the picture. So do you. It’s human nature, isn’t it? We all want to be seen as important.

Believe me, I would have been jockeying for position too if I’d thought it might help.

What if we no longer needed to jockey?

What if we believed that we were already seen?

What if we interacted in ways that convey that we all have immense value? We all are worthy. It is impossible to not come to this conclusion once you’ve taken the chance to get to know another person and his or her story.

Seeing, truly seeing, is one of the greatest gifts we can give to one another, especially when society is increasingly placing people in silos. We have to look beyond the surface and be confronted with the truth that there’s more to all of us than we can see, and we are more alike than different. Imagine if we began to live this way every day.

If we can learn to look up to each other, we will elevate the look of the world. 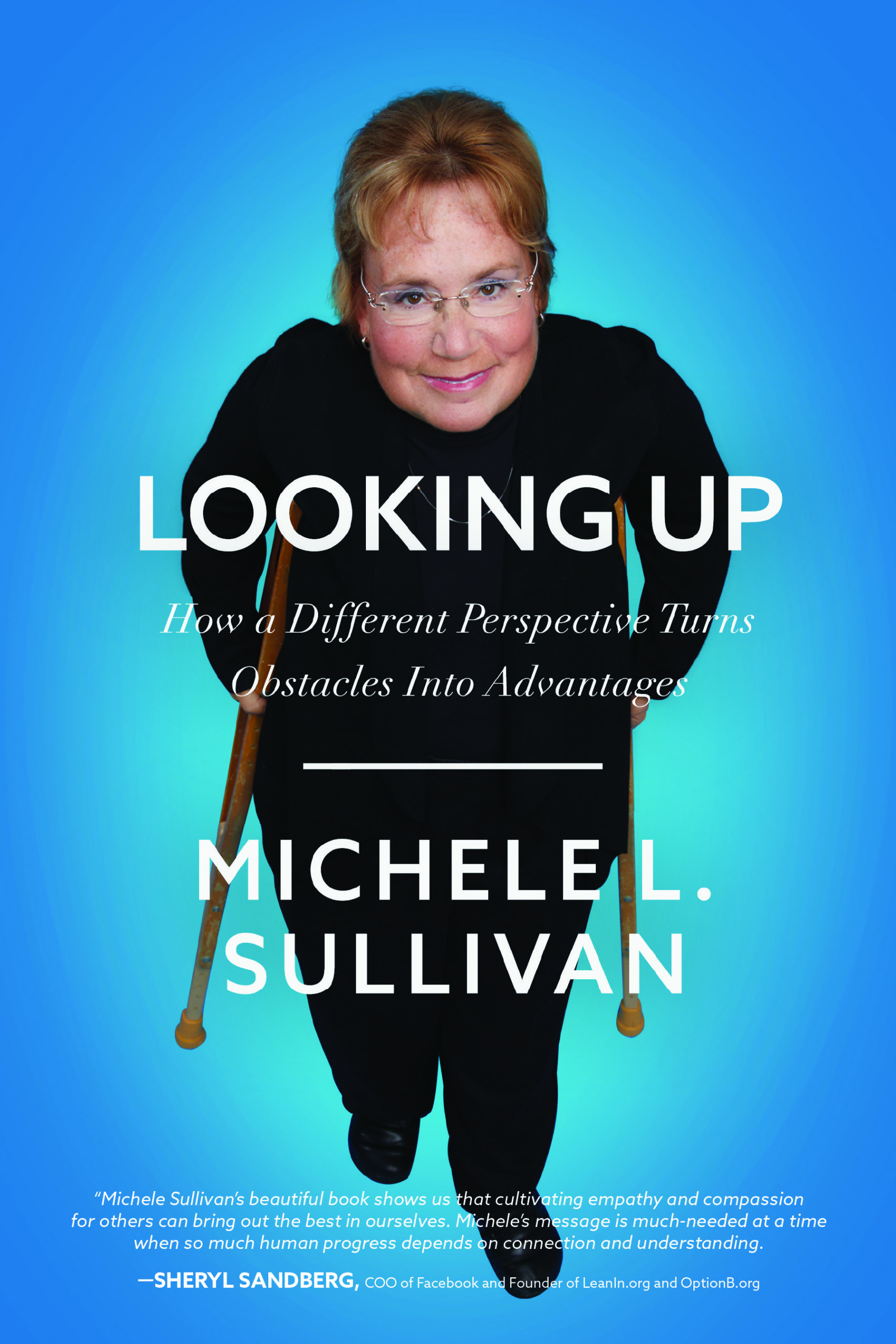 "This book is a helpful resource for anyone interested in personal and professional growth. Because you are in charge of your own growth, I'd encourage you to grab a copy and read it with your team. I'm certainly going to do just that!" - Clay Scroggins, Author, How to Lead in a World of Distraction