The Truth About Women, Power, and the Workplace

“I wish I had the clarity I found in Lean Out earlier in my career. This book is a game changer and a must read for every young woman (and man) starting their career.” 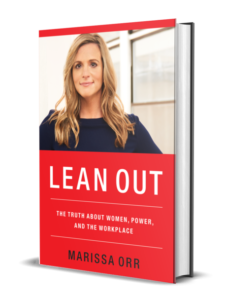 “I wish I had the clarity I found in Lean Out earlier in my career. This book is a game changer and a must read for every young woman (and man) starting their career.”
— Ali Spain, Executive Director, Microsoft Alumni Network

Purchase from any of these retailers.

After purchasing the book, fill out the form below to redeem your bonus! 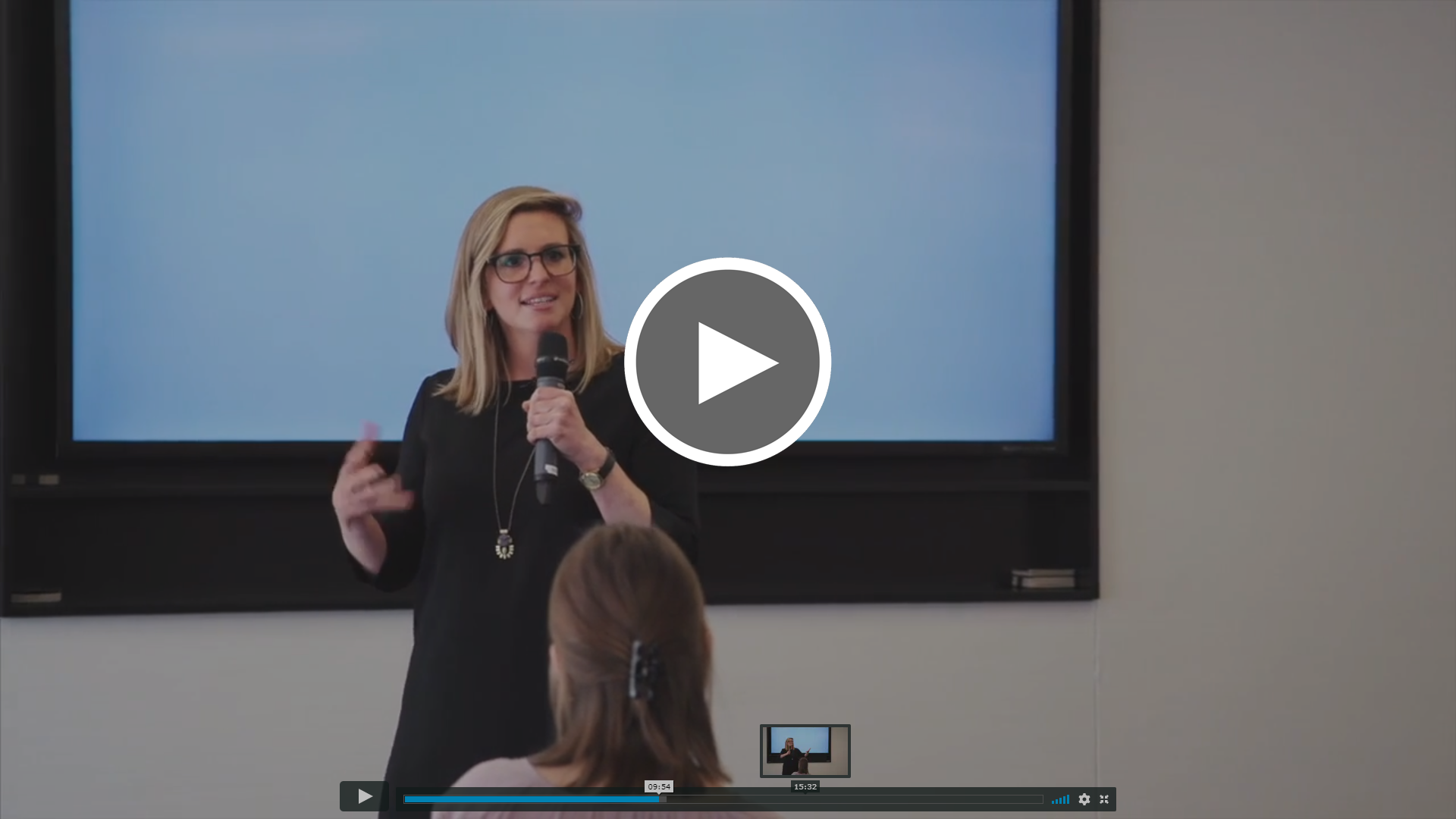 By submitting your email address, you understand that you will receive email communications from HarperCollins Leadership, a division of HarperCollins Focus (501 Nelson Place, Nashville, TN 37214 USA) providing information about products and services of HCL and its affiliates. You may unsubscribe from these email communications at any time. If you have any questions, please review our Privacy Policy or email us at yourprivacy@harpercollins.com.

Lean Out is an ambitious attempt to answer the question few dare to ask: what have we gotten wrong about women at work? 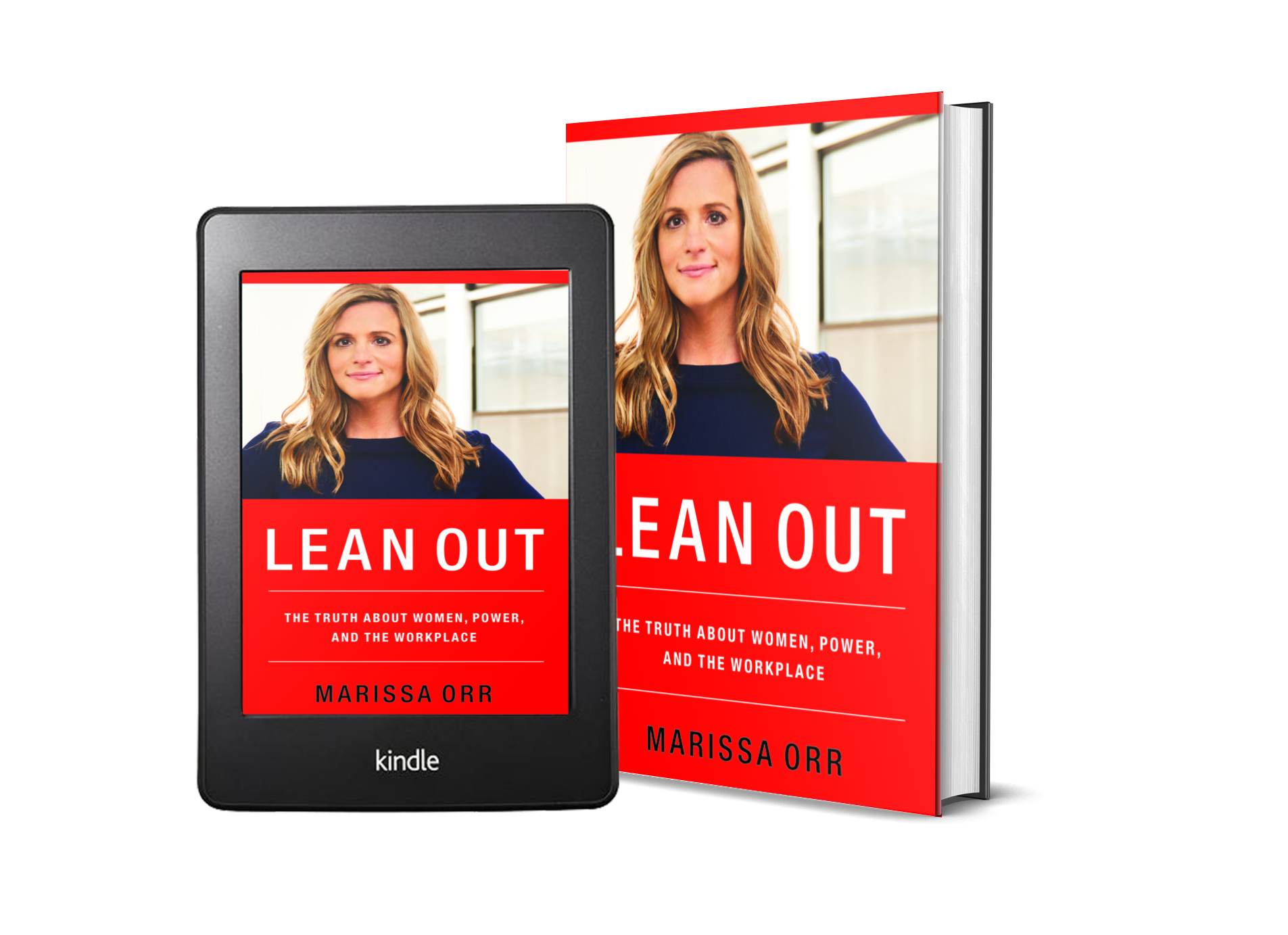 More than half a century since the equal pay act, the wage gap still hovers at 80%. Half a billion dollars are spent annually on corporate diversity programs, and yet, only 5% of CEOs in the Fortune 500 are women. “Lean Out” is an ambitious attempt to answer the question few dare to ask: what have we gotten wrong about women at work?

Based on in-depth research and personal experiences, Lean Out, follows the journey of Marissa Orr, a single mom of three trying to find success in her 15-year career at the world’s top tech giants. In an eye-opening account, Orr exposes the systemic dysfunction at the heart of today's most powerful corporations and how their pursuit to close the gender gap has come at the expense of female well-being.

“Less women at the top is a clear signal that the system is broken,” says Orr. “With female-dominant strengths such as empathy and consensus-building being the future of business, the headlines forecast that women will dominate the future generations of corporate leaders. But that won’t happen until prescriptions for success stop requiring women to act more like men, mistaking traits such as empathy as signals of weakness.”

Lean Out provides a new and refreshingly candid perspective on what it’s really like for today’s corporate underdogs while challenging the modern feminist rhetoric and debunking the philosophy that suggests everyone has to be the same in order to be equal. Offering a compelling new argument for why more women don’t make it to the top, “Lean Out” is not simply a counterargument to modern feminist rhetoric, but a revolutionary path forward to change the trajectory of the lives of women in the corporate world and beyond.

Marissa Orr spent 15 years working at today’s top tech giants, Google and Facebook. She has conducted talks for thousands of people in the US, Europe, and Asia-Pacific, at companies and universities such as Google, Twitter, Pace University, New School, American Express, and more. Originally from Miami, Orr received her Masters degree in Decision and Information Sciences from the University of Florida.

Marissa Orr began her Google career over fifteen years ago as a founding member of Google’s Sales Operations & Strategy team, after which she worked as Vertical Marketing Manager at Facebook. She works with Fortune 500 clients to build their presence online and acquire more customers through digital and social channels. Additionally, she has lectured, taught, and conducted workshops for over three thousand people at diverse organizations across the globe. Originally from Miami, she now lives in Tenafly, New Jersey, with her three children.

“This book will make you think differently about what it will take for women to succeed in American business, by exploding myth after myth with cogent arguments and simple common sense.”

“Lean Out is a highly readable book that has ‘leaned in’ and listened to many, and maybe the majority, of women in the workplace. Many, many women will proclaim, ‘Finally, an honest book that gets me, who I am, where I am, where I’m trying to get to, and the myriad of roadblocks stopping me.” If you’re a working woman, read it to feel validated and less alone and uplifted in your struggle.”

“Lean Out spoke directly to my corporate experience. In fact, I left my tech career because I felt I couldn’t be ‘nice’ and still get ahead. I wish I had the clarity I found in Lean Out earlier in my career. This book is a game changer and a must read for every young woman (and man) starting their career.” 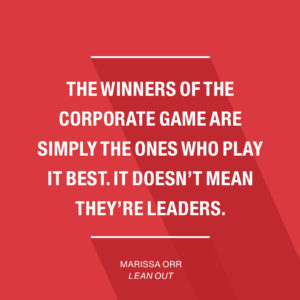 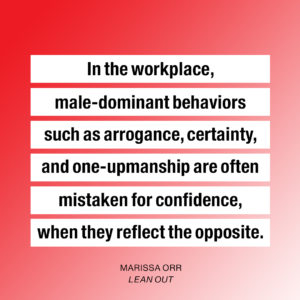 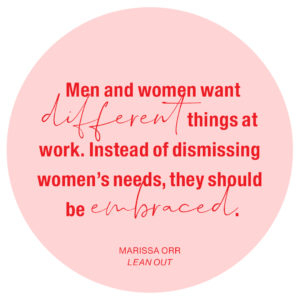 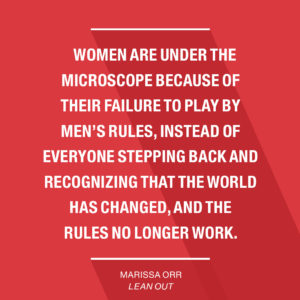 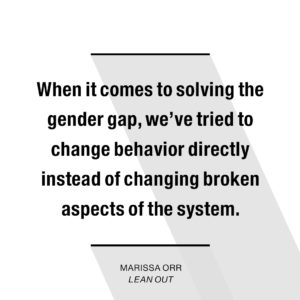 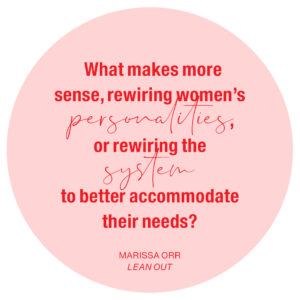 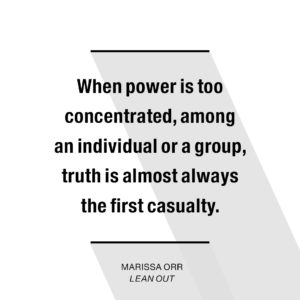 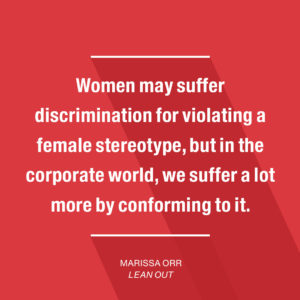 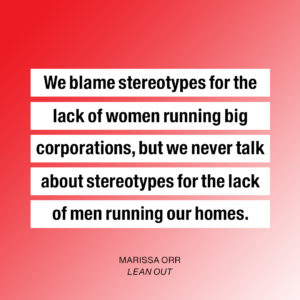 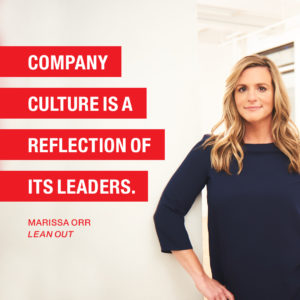 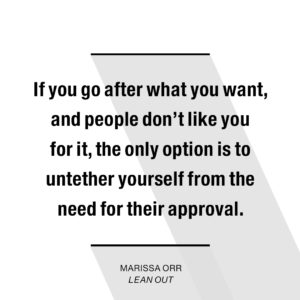 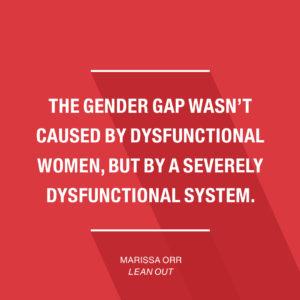 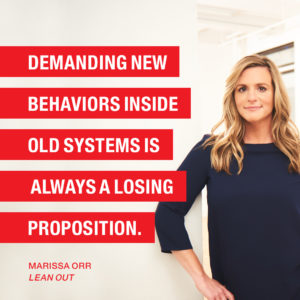 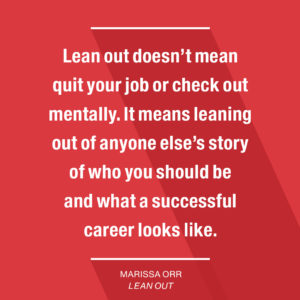